The 2023 Bugatti Bolide is a track-day-oriented sports car developed and manufactured by french automaker Bugatti Automobiles S.A.S. and Bugatti Engineering GmbH. According to Bugatti, the 2023 Bugatti Bolide Concept version of the Bolide uses the W16 engine with a weight-to-power ratio of 0.91 kg/kW. Bugatti has announced that the Bolide will be the last car to be powered by the W16 engine. 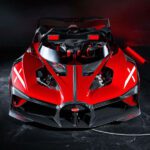 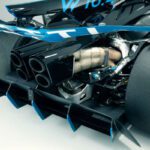 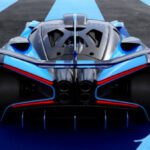 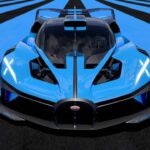 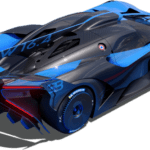 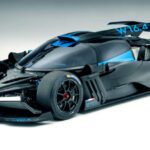 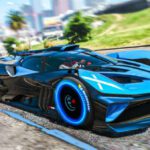 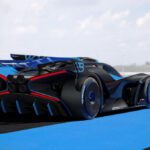 The Bugatti Bolide’s rear view is dominated by both a substantial dual-element wing and quad tailpipes, set above a massive diffuser with what appear to be Lotus Evija-style Venturi tunnels. There is also an intake periscope mounted on the cockpit roof, along with an extended inline wing element that goes over the bonnet. Bugatti hasn’t released any alleged aerodynamic downforce figures, but it looks certain the car will produce a significant negative lift.

The main impact of the Bolide’s light curb weight is due to the fact that almost all body panels are made of carbon fiber, as well as all its components are made of monocoque and titanium. Incorporating the aggressive design language of an LMP1 race car, including its signature X-shape, Bolide’s aerodynamics help it produce more than 2,630 kg (5,800 lb) of downforce at 320 km/h. Additionally, Bolide’s air scoop houses a group of dimples similar to those found in a golf ball, which rise at high speeds, softening the laminar airflow and reducing the bucket’s aerodynamic drag by 10%. and a 17% reduction in lift over Bugatti. Bolide’s height is 100 cm (39.2 inches), matching the height of the Bugatti Type 57C, the famous Bugatti Le Man race car on which most of Bolide stands. 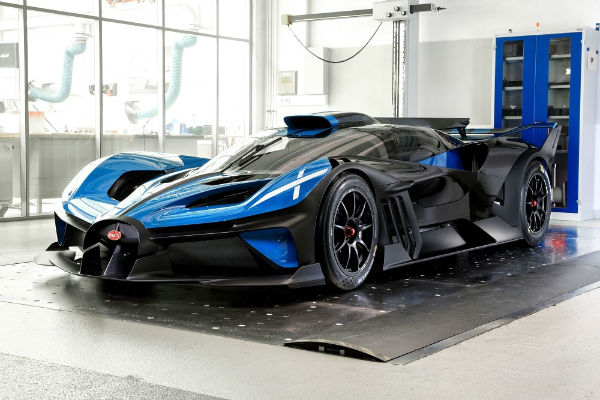 Additionally, Bugatti states that the Bolide has a 0–401–0 km/h (0–249–0 mph) time of 24.62 seconds and a 0–501–0 km/h (0–311–0 mph) time of 33.62. second. According to Bugatti, computer simulations show that Bolide can lap the Nürburgring in 5 minutes and 23.1 seconds, making it just four seconds slower than the current record holder Porsche 919 Hybrid Evo. The Bolide was also simulated to have a lap time of just 3 minutes 7.1 seconds on the Circuit de la Sarthe, making it 7.6 seconds faster than the current record holder Toyota TS050.

The Bolide’s construction is designed to provide equivalent protection to FIA safety standards and will include an automatic fire suppression system, a balloon fuel tank, and six-point seat belts for the 2023 Bugatti Bolide car.