The 2023 BMW Z4 is a rear-wheel drive two-seater roadster manufactured by the German automaker BMW. The BMW Z4 is available in two models, which include the sDrive 20i and the M40i. The Z4 is available in Alpine White, Glacier Silver, Black Sapphire, San Francisco Red, Misano Blue, Mineral White, Mediterranean Blue, and Frozen Gray II color options. The BMW Z4 has a seating capacity of two. The BMW Z4 comes as a rival to the Porsche Boxster and Jaguar F-Type.

The 2023 BMW Z4 Roadster gets a long hood with the classic soft top and short overhangs that define the car’s characteristic roadster silhouette. The BMW Convertible also features a new grille and distinctive vertically aligned LED headlights. Large aerodynamic air ducts in the front wheel arches further add to its sporty appeal. As for the rear, the Roadster has slim LED taillights, a distinctive rear spoiler, a diffuser, and tailpipes. The company claims that the electric awning opens in just 10 seconds. 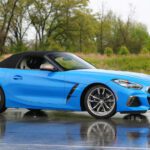 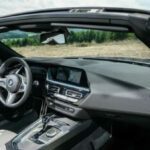 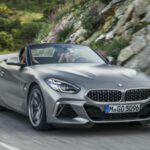 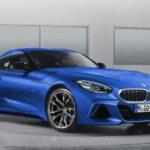 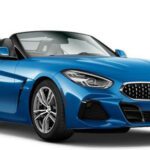 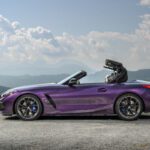 BMW Z4 is spacious and quiet, especially for a convertible. The top part also does not take up much space in the trunk. The four-cylinder engine loses steam at the top end, and the chassis feels loose on all but the most pristine roads. Unfortunately, cabin storage for small items can’t quite match the luggage space. The door pockets are small and the cargo net behind the seats doesn’t hold things very well.

Inside, the interior of the Z4 Roadster offers increased storage space behind the seats with the driver’s seat memory function and grab the net, large cup holders under the center armrest cover, and large door pockets. On the other hand, the standard features of the BMW Z4 M40i include leather and Alcantara interior with blue contrast stitching and blue piping. As an alternative to the standard Quartz Silver, the floor coverings can also be equipped with glossy black, aluminum mesh effect, or aluminum square. In addition, M sports seats are available with additional adjustment options, including an M leather steering wheel. 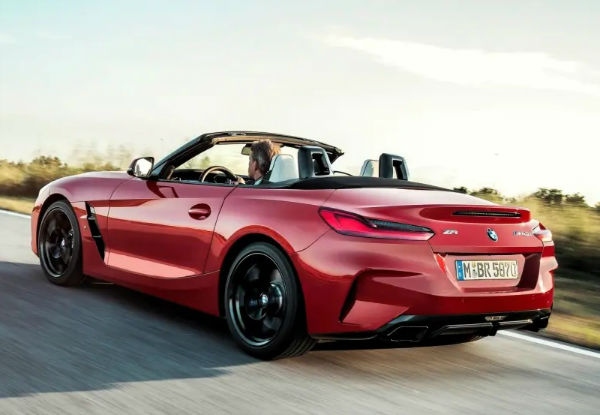 A large 10.3-inch touchscreen is standard with navigation and free Apple CarPlay integration, but the Android Auto feature is not available. The most recent emphasis of BMW’s iDrive framework is not difficult to use with sharp designs. The system can also be controlled intuitively with a button and buttons on the Z4’s console or with voice commands. A USB port and Bluetooth streaming sound are likewise standard, despite the fact that you need to pay extra for SiriusXM satellite radio

Under the hood, the Z4 sDrive20i is powered by a 2.0-liter inline four-cylinder petrol engine producing 194bhp and 320N.m of torque. The vehicle can accelerate from 0 to 100 km/h in 6.6 seconds. The M Sport package variant, the Z4 M40i, is powered by a 3.0-liter six-cylinder inline engine producing a total output of 335 hp and a maximum torque of 500 Nm. The M40i can accelerate from 0 to 100 km/h in just 4.5 seconds. The engines are paired with an eight-speed Steptronic sports transmission.