The 2024 Tesla Model S is a battery-powered liftback car that serves as Tesla, Inc.’s flagship model. engine and rear-wheel drive. The hatchback practicality of the Model S and access to Tesla’s Supercharger network are also big pluses. Unfortunately, the Model S also has some major drawbacks, such as a frustrating interface and disappointing fit and finish.

The Tesla Model S is the car that started the EV revolution we live in right now. The 2024 Model S had no real competitor as automakers were catching up on the electric vehicle market, but now the competition has finally arrived. Porsche Taycan, Mercedes EQS, and Lucid Air want to get a share of the market the Model S had at the end of the decade.

Tesla’s biggest weakness is his fit and finish. Many other luxury competitors have better cabin materials and superior build quality. The Model S’s touchscreen infotainment system has a relatively simple layout but is tasked with handling nearly all of the car’s functions, which can require a lot of driver attention, especially since certain features require you to navigate multiple menus. Also, unlike most other cars on the market, the Model S does not offer Android Auto or Apple CarPlay. 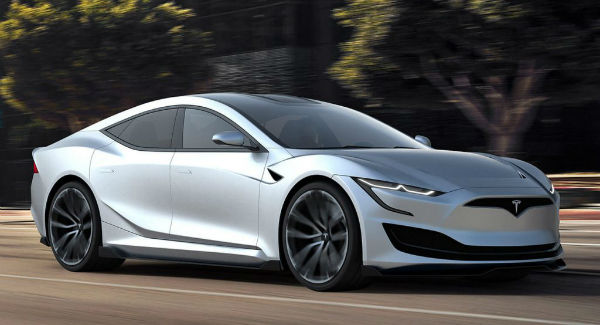 The base Model S comes with a 100 kWh lithium-ion battery pack and two electric motors; one motor powers the front wheels while the other powers the rear wheels. The plaid trim has an additional electric motor on the rear axle. There is no slowdown in the Tesla Model S series. The base model can accelerate from zero to 100 km/h in 3.1 seconds. It feels energized when driving in the city and provides ample crossing power on the highway thanks to the instant torque from the electric motors.

According to Tesla, Plaid can accelerate from zero to 100 km / h at a dizzying speed in 1.99 seconds.  Tesla S earns great fuel economy estimates. In its base setup, it gets the equivalent of 124 MPG in the city and 115 MPG on the highway. The Model S Plaid with 19-inch wheels has 119/112 MPGe for city/highway, and 21-inch wheels ratings will drop down to 102/99 MPGe.