The Lamborghini Gallardo’s sharply curved styling and V-10 are irresistible for riders who want to be seen and heard at the same time. Spyder and coupe variants include the rear-wheel-drive LP550-2 and the all-wheel drive LP560-4. Only the rear-wheel drive coupe offers a six-speed manual, others have a six-speed automated manual. Several special editions are available, each with an Italian name such as Squadra Corse or Superleggera Edizione Tecnica. 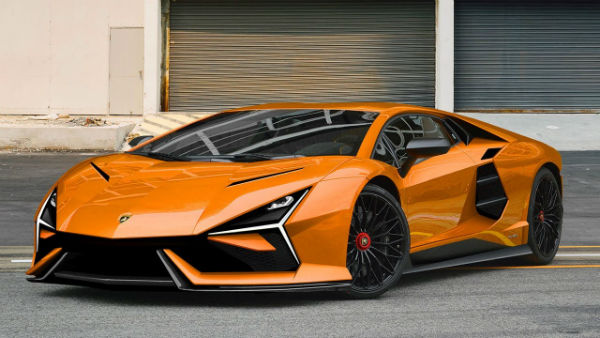 The Gallardo LP 550-2 Valentino Balboni model distinguishes itself with a white and gold stripe that runs from nose to tail. This particular model also rearview transparent hood, a rearview camera, a navigation system, Bluetooth, and an adjustable front suspension that helps prevent front spoiler scratches, all available as options on the LP560-4 models. Add-ons are numerous and some options are bundled together. The travel package adds a cup holder, a luggage net behind the seats, and a small storage compartment near the steering wheel. A few packages add varying degrees of carbon fiber or leather interior trim. Standalone options include upgraded alloy wheels, Alcan, tara upholstery, fitted trunk, and heated seats.

Unlike previous Lamborghini models, the 2010 Gallardo offers a highly livable cabin, thanks in large part to the influence of parent company Audi. Leather and soft-touch materials, as expected, adorn most of the interior, but the controls, instruments, and multimedia driver interface are mainly drawn from the Audi parts box. Some may lament this distillation of Lamborghini’s traditional Italian character, but many will appreciate Audi’s injection of ergonomic know-how into the Gallardo’s cockpit. Fundamentally, further improvements can be found in the solid driving position and comfortable and supportive seats.

That said, the aforementioned multimedia interface leaves much to be desired, as the control knob and accompanying buttons are placed next to the screen instead of the gear lever, altogether requiring a lot of driver attention given the Gallardo’s formidable capabilities. Plus, storage is negligible, and only the most resilient drivers will find it in and out to their liking – perhaps par for the course in this segment, but some competing models provide supercar performance without requiring aerobatic oddities to get behind the wheel.

The Lamborghini Gallardo LP 560-4 coupe and spyder are powered by a mid-mounted 5.0-liter V10 engine that sends 552 hp and 398 pound-feet of torque to all four wheels. The LP 550-2 Valentino Balboni produces 542 hp and power is sent only to the rear wheels. All Gallardos feature a six-speed manual transmission with a gated metal gear lever as standard, while an automated six-speed sequential-speed manual transmission known as the e-gear is optional. The LP 560-4 is expected to accelerate from zero to 60 mph in the middle of 3.0 seconds, followed by the LP 550-2 in a few tenths of a second. The EPA estimates fuel economy for the Gallardos with the e-gear transmission at 14/20 mpg for city/highway and 16 mpg in combined driving. The manual transmission is expected to deliver 12/20/15 mpg.