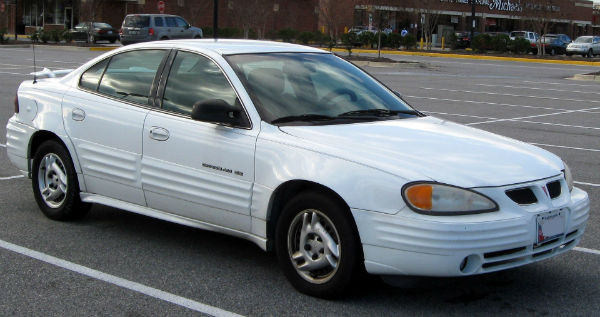 The Pontiac Grand Am will continue to be sold alongside its other corporate friends, the Buick Skylark and Oldsmobile Achieva, which were also redesigned this year, and the Grand Am is again more popular than the Buick or Olds N. bodies. The new Grand Am is slightly larger and heavier than the previous generation, with a slight rounder front and rear, but the wheelbase and interior dimensions remain the same. The body-colored trim was standard, just like the previous model, but now it’s bigger and sharper. Sound systems have been revised and a new 8-speaker Monsoon system has been added to the options list.

The redesigned Pontiac Grand AM became America’s best-selling compact car. The body was again slightly larger than the previous model, and by now the Grand Am was one of the few cars in the US that still offered a 2-door coupe and a 4-door sedan. Both body styles were offered in SE, SE1, and SE2 trims, as well as GT, GT1, and GT2 sports. When the Skylark is dropped, there will be no Buick equivalent this generation, but Oldsmobile has introduced the all-new Alero to replace the Achieva.