The Peugeot 2008 LED headlights as standard, and the vertical daytime running lights, which should look like the sharp claws of a Peugeot lion, are particularly distinctive. This claw motif extends to the headlights themselves and the brake lights. Inside, that originality continues with a multi-layered front panel design that looks great and is also well done. The base 2008s feature 16-inch Elborn alloy wheels, black door mirrors, a body-colored rear roof spoiler, and a gloss black finish that connects the taillights. This dramatic grille achieves a chrome “checkerboard” effect with black trim.

The 2008’s fantastic design and build quality were let down by the Marmite driving position and clumsy infotainment system. The interior of 2008, albeit a bit odd, offers premium levels of quality for the class and actually outshines most of its competitors. Individual touches such as gloss black piano keys and glossy contrast stitching on the front panel add to the sense of style. All cars come with Peugeot’s second-generation i-Cockpit system, but the setup isn’t the most intuitive or easy to use on the go. The high-set digital instrument cluster contrasts with the small, low-set steering wheel, and many will find the familiar ergonomic approach of its competitors more appealing. 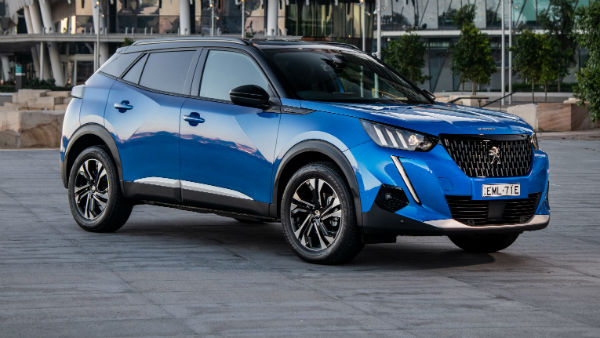 The standard kit includes Bluetooth, a DAB radio, Android Auto and Apple CarPlay connectivity, and a smartphone docking station, upgrading to Allure Premium+ is required to get a sat-nav that comes with useful three years of live updates. subscription. Allure Premium variants and above feature a 3D version of the i-Cockpit with an effectively configurable head-up display, allowing the driver to more confidently access important information on the go.

The 2008 petrol, diesel, and electric range is among the best in class and is reasonable to drive. Gasoline power is available in the form of a 1.2-liter PureTech unit available in three tuning states. The entry-level engine produces 99 horsepower with a six-speed manual gearbox, the mid-range 128-hp version comes with either a manual or eight-speed automatic transmission, while the most powerful 153-hp variant is paired with an automatic transmission.

The petrol engine offers good economy, also a 1.5-liter BlueHDi diesel engine that produces 109 hp, providing even better fuel economy for long-distance commuters. Choose the petrol or all-electric powertrain and then there are four trim levels to choose from, from the entry-level Active Premiu+ to the flagship GT Premium via the Allure Premium+ and GT. Diesel drivers cannot choose a car beyond Allure Premium equipment.

Euro NCAP tested the overall safety of the previous Peugeot 2008 and gave it four stars. The built-in safety kit has been further improved with the Active Safety Brake system available in all versions, as well as Distance Alert, which provides progressive visual and audible driver warnings against potential collision risks. The 2024 Peugeot 2008 will come with Adaptive cruise control and blind spot detection is also available on vehicles with higher GT specifications.