The 2024 Pagani Utopia is a mid-engine sports car produced by Italian sports car manufacturer Pagani. Pagani Utopia was developed under the codename ‘C10’ and was presented at the Teatro Lirico in Milan on 12 September 2022. Pagani Utopia is Pagani’s third car model, after the Pagani Huayra, with more power and a choice of manual gearboxes. A total of 99 Utopia coupe models are planned, with possible open and tracked variants.

All Pagani Utopia coupes are already assigned to customers. It has complained about the trend towards big screens that had previously dominated most high-end automotive interiors. Utopia buyers will be relieved of the need to deal with one of these. There is a single display between the mechanical speedometer and the rev counter, but everything else is purely analog.

Inside, the 2024 Utopia cabin is built and finished to a standard that makes other hypercars look inferior. The steering wheel is milled from a single block of aluminum, as are the individual pedals, and the exposed gear lever for the seven-speed manual transmission is a design masterpiece in itself. It would be a wrongdoing to pick the Robo-box and request this vehicle without it. 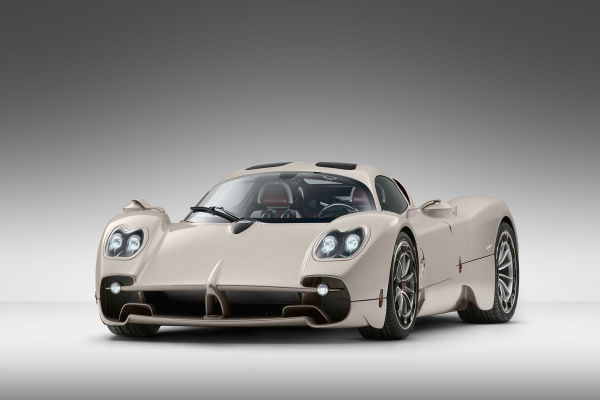 The Pagani Zonda is named after a wind and Pagani Huayra from a wind god, Utopia’s title has its origins in medieval intellectual thought. “For the scholar Thomas More in 1516, the Perfect world was a spot that didn’t exist, and the glorified spots we’ve longed for since were named after him,” the official press release said. Something that seems completely justified by the finished reality.

Pagani Utopia was developed over six years and used eight complete prototypes. Three of these prototypes were devoted to engine tests, which took about two years. A total of twelve scale models were made: ten 1:5 scale models and two 1:1 scale models. The Utopia’s forged aluminum double wishbone suspension was based on experience gained throughout the development of the track-only Huayra R.

The all-new 6-liter twin-turbocharged V12 engine designed and manufactured by Mercedes-AMG will develop 864 PS (635 kW; 852 hp) at 6000 rpm and 1,100 N⋅m (811 lb-ft) of torque available between 2800 and 5900 rpm. Engine dry weight is 262 kg. Pagani has partnered with Xtrac to develop a 7-speed transmission that will be mounted crosswise and is available as a fully manual or automated manual, coupled with an electro-mechanical differential with a triple-plate clutch.