The 2023 Lotus Eletre is a high-performance battery-powered electric mid-size luxury crossover SUV manufactured by British sports car maker Lotus Cars. Lotus Eletre was developed by Geely Design Studio in Coventry and manufactured in Wuhan, China. The Lotus Eletre was unveiled in March 2022, as the company’s first SUV and the first car made in China. 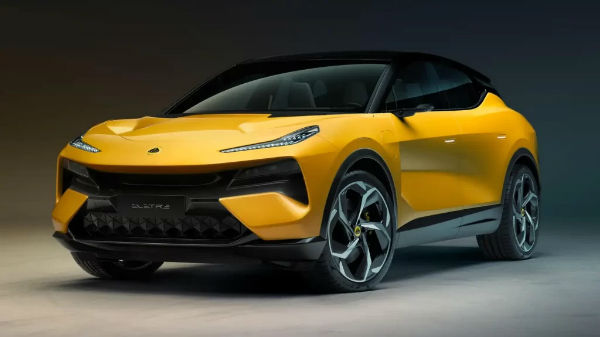 The Lotus SUV project, developed by then-CEO Jean-Marc Galez, first appeared in 2016. Prior to this project, Lotus had introduced the Lotus APX concept crossover SUV, the first SUV produced by the company. In 2020, it was revealed that the internal code name of the new SUV project will be “Lambda” and the model will appear in 2022. In 2021, teasers for SUVs and the code name “Type 132” for the model will be released. was exposed. In February 2022, Lotus showed more teasers, and the SUV debuted on March 29, 2022.

Ahead of its official debut, the 3D patents announced by the Intellectual Property Office on March 8 unveiled the Lotus Type 132, which features an SUV-like design. However, the new 2023 Lotus Eletre is not that. Some may argue that this is the opposite of what the British symbol has put forward, but the days of  Lotus Elise, Lotus Exige, Lotus Esprit, and Lotus Evora are long gone. Instead, the Eletre is a brand new electric SUV, and the company hopes to become a key building block that strives for a fully electric future. 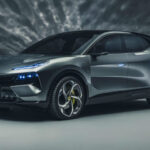 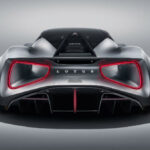 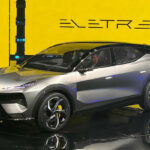 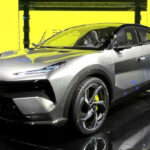 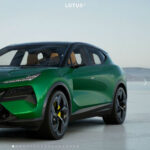 Inside, Eletre is filled with high-quality materials and screens. There is a thinned organic LED driver display that shows the driver only relevant information such as speed, charge status, and range. The front passenger is also given one of these ultra-thin displays, but other information such as what’s on the radio and nearby attractions is displayed. The standard augmented reality screen stores basic information in the driver’s line of sight, while the 15.1-inch touchscreen performs almost all of the car’s basic functions, but is neatly assembled when not needed. If you choose the four-seater configuration, there is also a screen on the back between the two captain’s chairs. There are also five bench seats in the back.

Lotus Eletre trim levels are offered in battery packs from 92 to 120 kWh, with power ranging between 600 and 750 horsepower. On some models, speeds of 0–100 km / h (0–62 mph) take less than three seconds. The maximum target WLTP driving distance of the vehicle is 600 km (370 miles). Eletre is based on the company’s Lotus Premium architecture for future C-segment and E-segment electric models. After the Type 132, two more SUVs and sports cars are planned to be released. Lotus notes that Eletre’s maximum driving distance is 373 miles per WLTP cycle, but you can expect that number to drop once the EPA announces the distance indicator for Eletre. Lotus also says the 350kW charger can travel 248 miles in just 20 minutes.

The European versions of the Eletre will have cameras that act as the side windows of the rear car for a cleaner profile, and the screens on either side of the dashboard reflect what the cameras are seeing. However, this technology is still not legal in the U.S. and American buyers have to deal with modern mirrors. Eletre also comes with a wide range of advanced driver assistants. Flexible cruise control, front-end alert, section maintenance, and collision mitigation are optional for the 2023 Lotus Eletre SUV.