The 2024 Acura ZDX is Acura’s first all-electric performance SUV. The 2024 Acura Type S performance variants will continue to put the driver experience first in the electric future with the ZDX Type S. The form of the Acura Precision EV Concept was designed in the same Acura Design Studio. The 2024 ZDX is being developed with GM, using its highly flexible global EV platform powered by Ultium batteries.

The Acura will then launch additional EV models in 2026. “The Acura ZDX represents the beginning of an accelerated path towards electrification at the end of the decade and the key role the Acura brand will play in our company’s global ambition to achieve carbon,” said Emile Korkor, Acura National Sales Vice President. 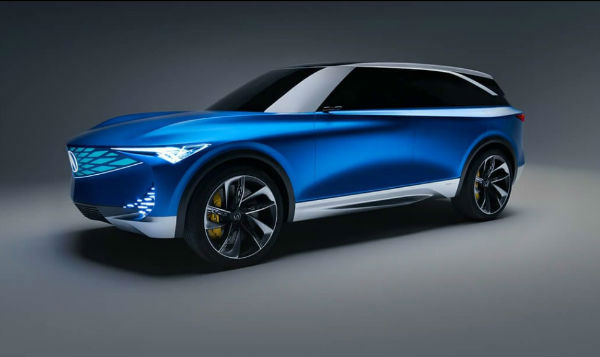 The design of the concept is interesting, with a floating roof, flat hull sides, and an illuminated grille. The interior includes elements we thought the production car couldn’t handle, like a narrow yoke-style steering wheel and a transparent infotainment system. In practical terms, the ZDX is the product of a partnership between Acura’s parent company Honda and General Motors; The ZDX will use GM’s Ultrium battery. Previous reports have said that the Acura will be built alongside the Cadillac Lyriq SUV at GM’s Springhill, Tennessee assembly plant.

Inside, the Acura ZDX will feature a more conservative interior design than the Precision EV Concept car. The concept’s yoke-style steering wheel will likely be replaced by a regular, circular steering wheel. A two-row seating arrangement is likely, and we expect premium interior materials and possibly some eco-friendly textiles to reinforce the ZDX’s green appeal. While the concept car’s transparent displays may look cool and futuristic, we think the production Acura ZDX 2024 will come with a more traditional infotainment display and digital instrument cluster. The ZDX will use Acura’s existing touchpad-controlled software interface or a version of GMs. Google-based new system. Either way, Apple CarPlay and Android Auto with wireless connectivity will likely be standard, and we expect Acura’s signature ELS stereo system to be available as well.

Except for the rear and all-wheel drive drivetrain options, which range from 340 to 500 horsepower. Acura has confirmed that the ZDX Type S is part of the plan and that it could be a higher horsepower all-wheel drive model. The ZDX will use GM’s Ultrium battery technology and will likely have the same 102.0 kWh battery pack as the Cadillac Lyriq. This battery is said to provide up to 312 miles of driving range on the Cadillac, so Acura should offer a similar figure.