The 2023 Volvo XC40 is a subcompact luxury crossover SUV manufactured by Volvo Cars. The Volvo XC40 comes with a playful exterior, a carefully designed interior, and standard driver assistance technology. Unlike other SUVs that look more or less alike, the Swedish luxury automaker stepped up the game with the XC40 T4 R-Design. The modern Scandinavian style is complemented by practical features and numerous safety technologies. Despite its high asking price, it is still worth recommending. 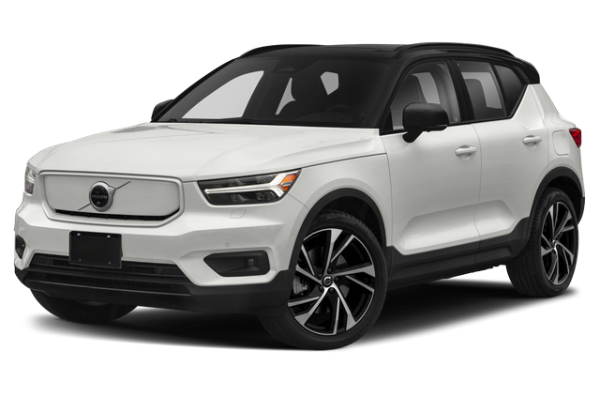 The Volvo XC40 cabin is thoughtfully designed with smart storage possibilities and the cargo space is generously sized. Also, Volvo’s higher seating position compared to German rivals such as the BMW X1 and Mercedes-Benz GLA-class will appeal to SUV enthusiasts. The Volvo electric SUV with similar features also offers the XC40 Recharge, which we reviewed. 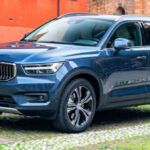 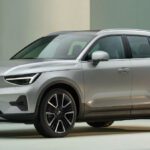 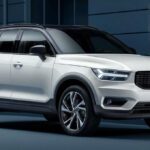 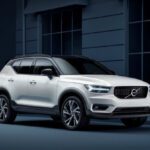 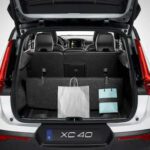 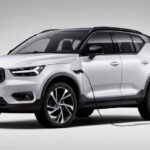 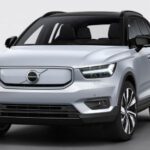 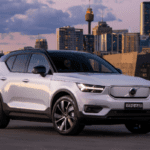 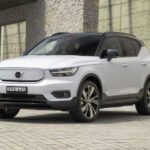 The Volvo XC40 no longer offers a power tailgate, front fog lights or rear child locks as standard equipment. The Volvo XC40 T5 R-Design comes standard with navigation, a panoramic roof, and a sporty appearance. In addition to the Climate package, which provides heating for the rear seats, steering wheel, and headlight washers, we would add the Advanced package, which provides semi-autonomous mode, a 360-degree surround view camera, adaptive cruise control, and a 12-volt outlet in the cargo area.

The light and airy atmosphere of the cabin lends it a truly luxurious feel, even with the basic Momentum trim. Volvo designers took the opportunity to include in the cabin of the Momentum and R-Design trims, younger beauties such as textured metallic trim and linear vents with floating chrome adjusters instead of traditional wood trim. Top-of-the-line Inscription models have a classier look, with driftwood trim and gear knob made of Orrefors crystal. In our luggage test, the XC40 was able to carry 23 pieces of hand luggage with the rear seats folded down.

Volvo’s Sensus Connect infotainment system is brilliantly projected onto the 9.0-inch touchscreen. Almost everything inside the cabin is controlled via this screen, but there are a few spare physical buttons, system’s usability is a mixed bag: The main menus are organized intuitively, but the submenus suffer from clunky little touchscreen icons for use on the go.

Under the hood of every XC40 is a turbocharged 2.0-liter four-cylinder producing 184 or 248 horsepower. The more powerful T5, paired only with all-wheel drive, helped our Momentum test car accelerate to 60 mph in 6.2 seconds at a reasonable pace.

Despite its class-competitive fuel economy ratings from the EPA (22 mpg city and 30 mpg highway), the XC40 T5 produced only average performance for the segment at 29 mpg in our 75-mile highway fuel economy test. The supremely efficient Mercedes-Benz GLB250 easily beat the XC40 at 32 mpg in our test. The front-wheel drive T4 model earned EPA ratings of 23 mpg city and 32 mpg highway.

The Insurance Institute for Road Safety named the 2022 Volvo XC40 the Best Safety Choice+, giving it the highest Good rating in six crash tests and the second highest Acceptable rating in the updated side crash test. The XC40’s headlights also scored Good for how well they illuminate the road ahead. Volvo SUV received the highest Superior rating for standard frontal collision avoidance systems.

The National Highway Traffic Safety Administration gave this Volvo an overall safety rating of five out of five, with five stars in the front and side crash tests and four stars in the rollover test. Volvo offers numerous driver assistance technologies as standard, including automatic emergency braking. However, more advanced features are optional, including a semi-autonomous driving mode.