The 2023 Toyota Supra is a sports car and grand tourer manufactured by Toyota Motor Corporation. The 2023 Toyota Supra has a strong legacy and is very fun to drive and well equipped in its latest form. 2023 Supra power with an entry-level 255hp turbocharged four-cylinder, optional 382hp turbocharged 3.0-liter BMW inline-six makes this two-seater fly. The rear-wheel drive single setup and the Supra’s solid footed chassis and sharp steering make it come alive on winding roads and racetracks. 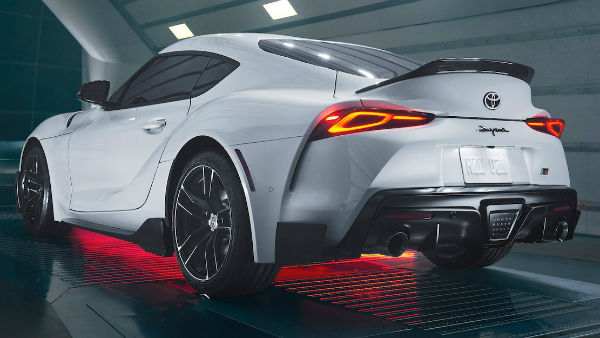 The Toyota Supra 2023 model’s driver-focused cockpit is narrow, and the taller riders will feel stuck, though the double bubble roof leaves a bit more headroom. The Supra cargo area is similarly cramped, the cargo area is roomy enough for a few carry-on luggage or about a week’s worth of groceries for two. Inside, the Supra manual is very similar to other Toyota models, from the gear lever and infotainment display to the restrained instrument cluster design. The fit and finish are great, most of the cabin surfaces are substantial but soft to the touch and there isn’t much road or wind noise at higher speeds. As a result, it looks like a big step forward from the brand’s entry-level sports car, the Toyota GR86.

The Toyota Supra comes equipped with a version of BMW’s iDrive infotainment system called Supra Command. The 8.8-inch display has slick graphics, quick responses, and simple menus. The Supra can be controlled by a button and touchpad in the center console, physical buttons on the front panel, or on higher trim levels, by tapping and swiping the screen. It’s a very easy system to use while driving, and it supports Apple CarPlay and allows you to mirror your iPhone interface to the screen. The standard infotainment system features an 8.8-inch screen, Bluetooth, USB port, satellite radio, and a four-speaker stereo 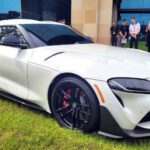 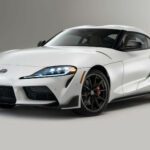 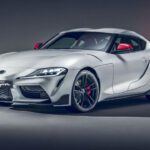 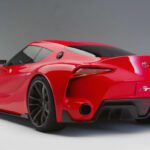 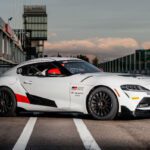 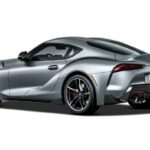 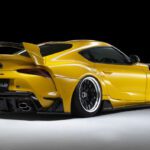 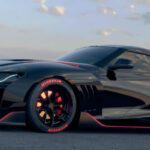 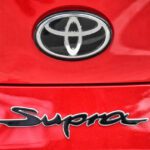 The Toyota Supra has a trunk of 10.2 cubic meters. This is roomy enough for a few carry-on luggage or a set of golf clubs. The Supra’s retractable design also makes loading and unloading cargo considerably easier. The Toyota GR Supra is a two-seater two-door coupe. These seats are beautifully sculpted and strike a fine balance between hip-hugging support and all-day comfort. The low roofline does present a few problems, though. Supra noted there are blind spots on the sides and rear, and getting in and out of the car without hitting your head can be a chore. Leather upholstery and manually adjustable seats are standard. Heated and electrically adjustable seats are available. The GR Supra does not have LATCH car- seat connectors or rear seats.

First, the Supra is an excellent platform for modification. Its engine is powerful and reliable, and there are a variety of aftermarket parts available for it. Its unique style also sets it apart from other cars on the road. Most of all, the Supra has a rich history and a loyal fan base. If you’re looking for aftermarket parts for your Supra, check out Monaco Motorsports.

The 2022 Toyota GR Supra is offered with a choice of 2.0-liter turbocharged four-cylinder or 3.0-liter turbocharged inline six-cylinder engines. Both engines are paired with an eight-speed automatic transmission and rear-wheel drive. There really isn’t a bad choice between the two. The four-cylinder engine has plenty of power, and it gets the Supra off the line and accelerates with impressive ease. The transmission also impresses with its smooth and fast gearshifts.