Inside, 2017 Lamborghini Huracan various interior options for more comfort inside the car. It features a choice for full electric control and heating of the sports seats in addition to the standard lengthwise alignment and electric backrest. The car also has an optional navigation system and leather upholstering. The Huracán is one of the first sports cars moving infotainment out of the center stack: Lamborghini Infotainment System. The result: a display that lets the driver decide what they want to see. It is the first vehicle to use the 12.3 inches TFT virtual cockpit from parent company Audi, which is available with high-definition 3D computer graphics, Bluetooth, Google Earth GPS navigation and Multi Media Interface-like menu and dashboard controls, all powered by Nvidia Tegra 3.

Various aspects of the 2017 Lamborghini Huracan are technologically advanced. The car has full LED headlamps, which ensures higher contrast in night conditions. Also, the Lamborghini Huracan 2017 model has optional “Lamborghini Dynamic Steering” (LDS) to add to the standard power steering. Lamborghini Huracan 2017 model’s Dynamic Steering changes the steering performance from normal, comfortable steering to a racing feeling. The main control for changing the car’s performance according to driving conditions is the mode selector ANIMA (Adaptive Network Intelligent Management). ANIMA controls the engine, the transmission, LDS, the all-wheel drive, magnetorheological suspension, and the electronic stability control. The Lamborghini Piattaforma Inerziale (LPI) carries out precise measurements of the vehicle movements using onboard sensors linked to ANIMA via high-speed FlexRay CAN bus. The driver can select street, sport, or race mode to alter how systems like the engine or transmission respond while driving. Depending on what mode is selected, even engine sound is different.

The new 2017 Lamborghini Huracan maintains the 5.2 L naturally aspirated Audi,Lamborghini V10 engine from the Gallardo, tuned for 610 PS (449 kW, 602 hp). To ensure its balance and performance, the car is mid-engined. The V10 has both direct fuel injection and multi-point fuel injection. It combines the benefits of both of these systems; it is the first time this combination is used in a V10. To increase its efficiency the Huracán’s engine also includes a start-stop system. With a dry weight of 1,422 kg (3,135 lb), the 2017 Huracan has a power-to-weight ratio of 2.36 kg (5.20 lb) per horsepower. 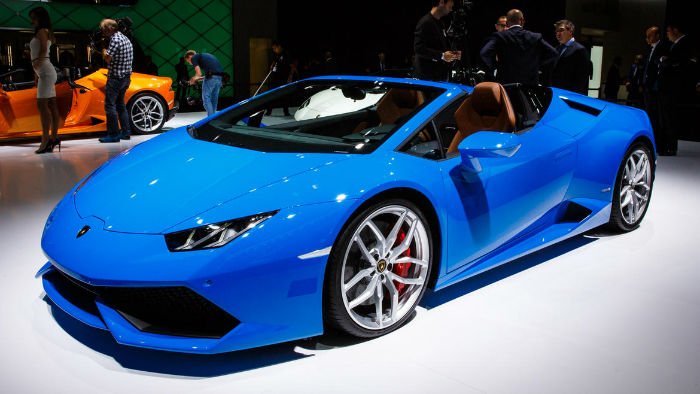 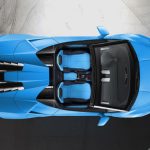 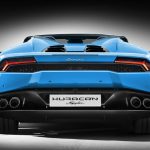 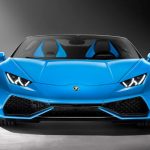 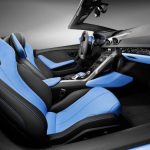 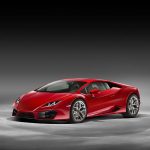 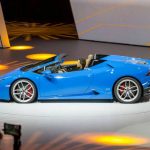 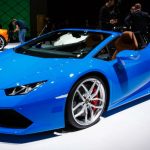 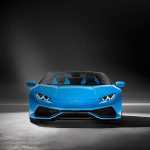 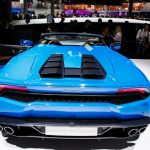