The 2023 Jaguar I-Pace is a battery-powered crossover SUV manufactured by Jaguar Land Rover (JLR) under the Jaguar brand. The Jaguar I-Pace is an all-electric car and a sportier alternative to the Tesla Model X SUV. It’s great to drive and luxurious inside but costs a fair amount to buy compared to the alternatives. The 2023 I-Pace is a stunning all-electric crossover that looks good and drives well. The definition of luxury and its price will limit its mainstream popularity, but there’s no denying that the I-Pace’s futuristic façade has captured the imagination. This ute has an EPA-rated range of 253 miles, plus fast charging and instant acceleration. 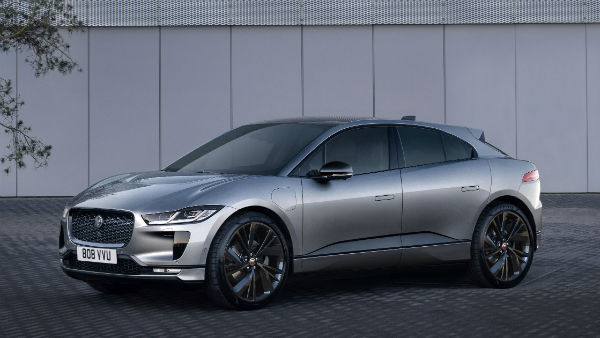 The 2023 I-Pace also moves more like a sports car than a five- seat crossover, with its controlled attitude and tactile steering. Jag draws attention with its state-of-the-art design, large passenger space, and popular features in the interior. Although it fell short of the claimed driving range in our real-world testing and was slow to charge using a common outlet, the Jaguar I-Pace proves that EVs can be exciting in other ways, too.

Jaguar offers a free 4G data plan, a 360-degree camera system, and wireless charging. The optional Bright package adds chrome exterior trim, Atlas Gray accents, and other minor styling changes. Inside is a new infotainment system that is said to be easier to operate than it replaces. It also gets a feature that tells you where the nearest charging stations are and how long it will take to restore the battery. The I-Pace also has an 11.0 kW built-in charger that provides faster home charging than the older 7.0 kW version.

Jaguar rounds off the stylish exterior of the I-Pace with a sleek instrument cluster and a sophisticated cabin with ample passenger space. While the front seats are nicely bolstered, they are not very comfortable on long journeys. Of course, the I-Pace can be equipped with many desirable features such as four-zone climate control, a head-up display, heated front and rear seats, various leather upholstery options, and more. The small storage space is accentuated by a versatile center console with a handy compartment under the armrest and a tray under the center console. At the rear, we managed to fit seven pieces of hand luggage in the luggage compartment and 18 with the rear seats folded down.

Every I-Pace comes with a touch-sensitive infotainment system that includes a 10.0-inch top screen for audio and the like, as well as a 5.5-inch lower screen that primarily manages the cabin climate. While Jaguar claims to have updated the interface to be more intuitive than before, we haven’t tested this ourselves yet. A nice feature of the new software is that it shows you the locations of the charging stations, their availability, cost, and estimated charging time. Every I-Pace supports Apple CarPlay, Android Auto, and a Wi-Fi hotspot. An 825-watt Meridian sound system also comes standard.

The 2023 I-Pace has standard all-wheel-drive thanks to two electric motors producing a combined 394 horsepower and 512 Nm of torque. This energy provides fast and effortless acceleration to switch between city traffic lights and bypass highway slowdowns. I-Pace offers a comfortable ride thanks to its standard air suspension as well as satisfactory steering feedback. The heavy battery pack under the floor provides a low center of gravity that gives the electric Jag an extra dose of agility and stability.

Each I-Pace has a 90.0 kWh battery pack that provides an EPA-rated 253 miles of driving range. For comparison, the Audi e-tron has an estimated range of up to 204 miles and the Tesla Model X has a range of up to 295 miles. Still, the electric Jag includes a standard DC fast-charge port that lets its battery recharge up to 80 percent in as little as 40 minutes. Those without access to the fastest charging option will have to wait for the claimed 8.6 hours to fully recharge the battery using the more common 240-volt AC outlet. The government estimates that the 2023 I-Pace will receive 80 MPGe in the city, 72 MPGe on the highway, and a total of 76 MPGe. While these ratings are comparable to e-Trons, they are considerably lower than Model Xs.