The Valhalla name of the Aston Martin supercar was revealed to be Valhalla. The 2024 Valhalla follows many of the past traditions of Aston Martin’s first model with the letter “V”. Like the Aston Martin Valkyrie, the name “Valhalla” also comes from Norse mythology. The modern concept’s aero design was a different FlexFoil rear wing. A wing can change a car’s stiffness without changing its angle of attack; it is integrated with bodywork and is said to produce no drag or aerodynamic turbulence. 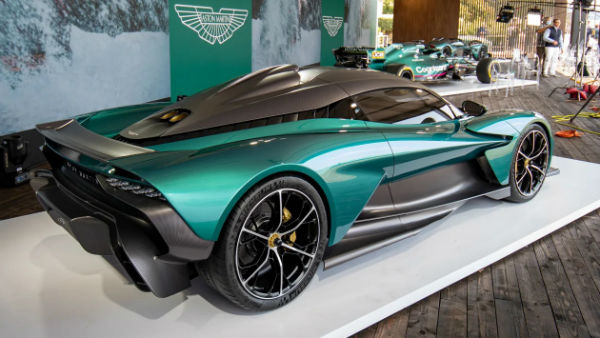 The engine was intended to be designed and developed in-house by the company and would use the Castrol Nexcel 90-second oil change system that was first used on the track-only Vulcan. The Valhalla is the first road vehicle to use such a system. The exhaust system uses dual outlets placed on top of the car, similar to the Porsche 918 Spyder.

The interior of this concept has a luggage compartment behind the seats, a center console, and a place to put the driver’s phone. The Aston Martin 2024 Valhalla features racing-inspired wheels from the Valkyrie and features distinctive wing-shaped paddles on the steering column. The Valhalla also has unique doors for easy entry and exit. As of July 2021, the interior of the production car has not been publicly revealed.

The Aston Martin Valhalla was planned to use a 3.0L twin-turbocharged V6 engine as opposed to the V12 in the Valkyrie but will share the KERS system with the flagship sports car. The combined output of the two would be 1,000 PS (735 kW; 986 hp). However, in July 2021, the production form of the Valhalla debuted and featured an extensive redesign from the concept form, including switching engines from the inline V6 to the Mercedes-AMG M178 LS2 4.0-liter twin-turbocharged V8 in conjunction with two electric motors, among many other changes. The later engine will develop 950 PS (699 kW; 937 hp).

The Valhalla will feature a host of driver-aids typically found in less expensive machines. The 2024 Aston Martin Valhalla also has standard side mirrors and will be supplemented with a camera-based rear display inside the cabin. Important safety features include automated emergency braking, adaptive cruise control, and available blind-spot monitoring.