The 2016 Toyota Camry offers one of the most convenient cabins and spacious of any midsize sedan family. There are plenty of headroom and legroom up front and not too little in the back, where alike taller adults will be content to ride for a long time. In addition, a rear-facing child seat will fit in the back easily.

From the driver’s area, most of the physical buttons are plenty of great, easy to understand at a glance and glove-friendly. The climate controls wisely construct a special deserve praise, their operation simple and intuitive. On the technology front, the Camry gets a 6.1-inch standard version of Antun screen infotainment system of Toyota, with improved 7-inch screen is specified in multiple trim levels. The graphics are not as crisp as the most part, but like other interfaces the Camry in parallel, these screens are straightforward and easy to use.

The 2016 Toyota Camry trim comes with front-wheel drive, automatic transmission and 6-speed 2.5L engine that generate 178 horses and 170 pound-feet of torque. In testing, 2016 Toyota Camry LE with that powertrain from zero to 60 mph in 8.3 seconds, which is average for a cylinder midsize sedan.

Every 2016 Toyota Camry comes standard and greenhouse disc brakes, stability and traction control, front and rear side airbags, front knee airbags, and applied full side curtain airbag camera rearview. The 2016 Toyota Camry XSE and 2016 Toyota Camry XLE system can be optionally equipped with the blind-spot warning that paired with a rear cross-traffic alert system. The Technology package adds lane-departure warning and collision mitigation system warns the driver of a collision is imminent automatically applies the brakes if necessary.

Optional on the Axle, Safety Connect, which adds the automatic crash notification, emergency help button and locator stolen car. In brake testing, a Camry LE of an impressive 116 feet and 60 mph. However, a pair of Axle V6 test vehicles stopped from 60 mph in 127 and 129 feet, which is the long side for this section. 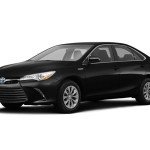 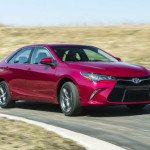 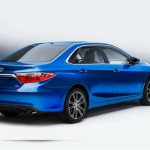 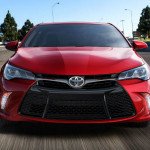 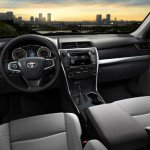 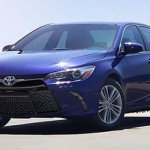 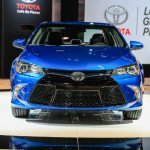 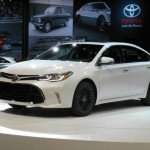