The 2023 Seat Ateca is a compact crossover SUV manufactured by Spanish automaker SEAT. The SEAT Ateca is the best family SUV with plenty of in-car technology, convenient on rugged roads. The 2023 Ateca interior is redesigned, mostly remained the same, a bit dull but very functional. Ateca’s display touch-screen is easy to use and looks sharp, featured with Apple CarPlay and Android Auto as standard. 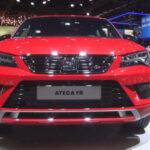 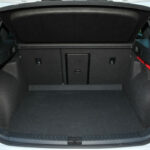 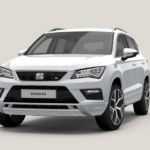 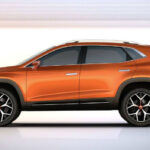 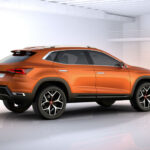 All 2023 Seat cars models come with air conditioning, a responsive display infotainment system with a USB connection, a leather-trimmed steering wheel, and split-folding rear seats with reclining seatbacks as standard. Technology will be equipped with a sat-nav and LED headlights, while FR models add a sporty body kit and Dynamic Chasis Control that can switch between comfort, eco, and sport driving modes. 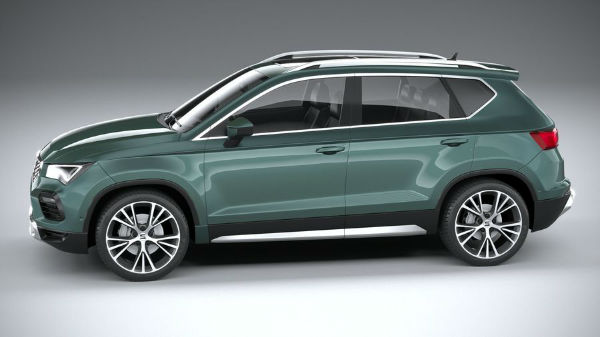 In addition, the Seat 2023 Ateca has a good driver environment. The Nissan Qashqai offers a slightly wider range of steering wheel height and reaches extension, but all Atecas come with driver’s seat height and lumbar adjustment as standard. The 2023 Ateca FR Sport trim also has an electric driver’s seat included.

The SEAT Ateca’s interior feels solidly put together and has easy-to-use controls, but it doesn’t feel as expensive as alternatives. Everything works exactly as you would expect it to, and although you don’t get as many fancy trims and soft-touch plastics as you would in some rival SUVs, the interior does feel solidly built. Entry-level SE models offer you the best value for money in the range. They get a modern-looking 8.25-inch touchscreen, dual-zone climate control, wireless phone charging, USB C functionality, keyless go, and AEB, in other words, everything you need.

The Seat Ateca features a range of turbocharged TSI petrol and TDI diesel engines. Petrol units come in 1.0 110PS, 1.5 150PS and 2.0 TSI 190PS guises, with 113bhp, 148bhp and 187bhp respectively. The 1.5 has the same transmission and features cylinder deactivation to boost the economy. As a result, the larger 1.5 petrol unit will marginally better the three-cylinder 1.0 TSI’s fuel economy, 44.1mpg vs 43.5mpg. At the top of the range, the 2.0 TSI comes with the seven-speed DSG box and 4Drive four-wheel drive as standard. The 2.0 TDI 115PS has 113bhp, while the 2.0 TDI 150PS has 148bhp. The lower-powered 2.0 TDI comes with a six-speed manual gearbox as standard, while the 150PS version is available with the seven-speed DSG box with 4Drive 4WD.

The 2.023 Seat models versions come with automatic emergency braking (AEB) and e-Call emergency response. However, you cannot add individual safety options, and lane-keeping assistance, traffic-sign recognition, and blind-spot monitoring are available only on Xperience versions, which are pretty pricey. The Ateca was awarded five stars by Euro NCAP for safety, with good scores in the individual categories. However, the adult occupant crash protection was found to be almost identical to that of the Karoq, while child protection was shown to be slightly better. The security alarm and engine immobilizer come as standard on all 2023 Seat Ateca versions.