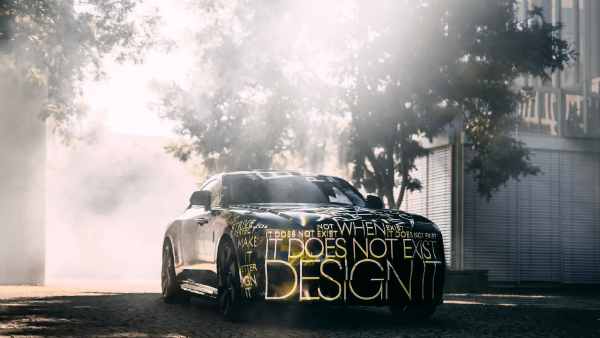 Although the Rolls-Royce Specter has an electric front grille, it has only an aesthetic function, but the holes are closed, and in appearance, it resembles a Rolls Royce Wraith. These spies also offer us a first look at the back of the Spectrum, which seems to have followed the same design conventions as Rolls-Royce’s petrol-powered coupe Wraith – perhaps not alienating the company’s current customer base. The rear window has a similar pillar and the taillights look similar in design and location to the upper rear wings.

The front also sees a lot of changes through the use of newly separated headlights, which gives the new Specter a unique look compared to the Ghost and other models in the range. The usual elements of the Rolls-Royce, such as the Pantheon grille, are preserved, while the former is nothing more than a style feature due to its full-electric power.

The Rolls-Royce Spectre will be provided with a custom-made space frame chassis, and construction of the power unit, which is currently being developed in BMW’s new BMW i7 all-electric BMW 7 series, is nearing completion. The next electric car will benefit from the Rolls-Royce architecture and therefore the amazing Rolls-Royce experience on the road. The company has already confirmed that Specter will use its aluminum space frame architecture of the Luxury platform and that the system will be able to integrate a battery-powered transmission.