2018 Hyundai Santa Fe is a medium-large Sport Utility Vehicle produced by the Korean car manufacturer Hyundai Motor Company since 2000. 2018 Hyundai Santa Fe is the first SUV produced and designed entirely by Hyundai and assumed a fundamental role in the company’s restructuring. The house has produced three different generations since its debut and has been sold globally in over 2.5 million copies in the first two series.

The design of the 2018 Santa Fe series marks a clear departure from the previous series and aligns with the style of the remaining contemporary Hyundai range; renamed Storm Edge, the body style is an evolution of the Fluidic Sculpture design language already adopted by models such as the i30, ix35, i40. The front appears more original than in the past with sculpted shapes, in particular, the large hexagonal grille gives a touch of originality to the car, in the lower part of the snout has dark plastic protections, while the LED fog lights are located at the ends of the front. The side of the short wheelbase version has a deep rib that goes up along the belt line giving a sporty and aerodynamic appearance to the bulk of the car. 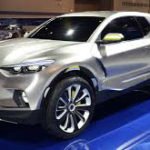 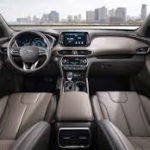 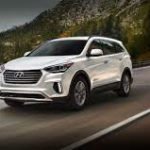 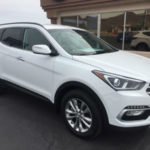 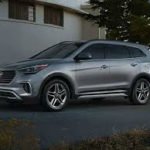 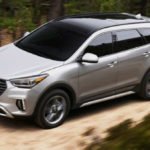 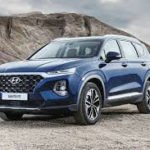 The side direction indicators are also LED and incorporated in the rear-view mirrors. In the tail, instead, the small rear window was designed to make the rear view more “massive”, the headlights extend along the tailgate, in the door plate area was eliminated the classic handle open luggage compartment not very nice aesthetically, in the lower part of the bumper is a shield for off-road protection. The height of the body has been reduced compared to the old generation to improve the aerodynamic qualities of the car. 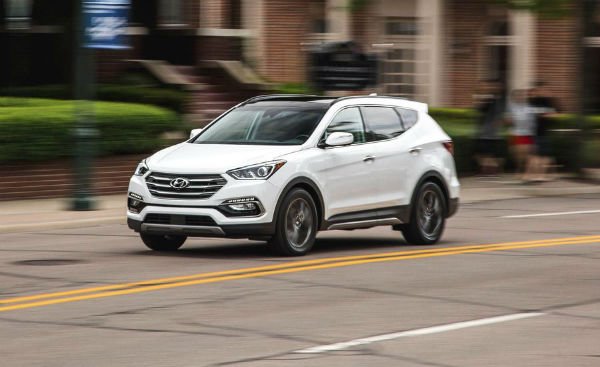 As standard, all 2018 Santa Fe models of the first generation, except the variant with the 2.7-liter V6 engine, had the front-wheel drive (2WD two-wheel drive). For an additional charge for all other engine variants four-wheel drive (4WD) was available. The all-wheel drive was until the end of 2005 a purely mechanically controlled system. Depending on the slip, a viscous coupling distributed the driving forces between the front (VA) and rear (HA) axles. Standard was 60% VA to 40% HA, with slip to the max. 10% VA and 90% HA.

In place of the viscous coupling used was from the facelift 2005, an electronically controlled system with electromagnetically actuated multi-plate clutch. This combined with the traction control system made it possible to achieve a variable distribution of power for each individual wheel. When driving on the road, the system steers the entire drive power to the front wheels. Only with spinning front wheels, the rear wheels are supplied with driving power. Traction control was available for different engine variants depending on the market. An ESP was never offered, ABS was in contrast to most European countries series. All models with ABS had disc brakes on all wheels, and drum brakes without ABS on the rear axle.

In the basic version of the models in Europe were only two front airbags available. Depending on the country, engine and equipment varied these specifications. For example, in Switzerland for a long time only the 2.7 -liter V6 gasoline engine with four-wheel drive and front and side airbags for driver and front passenger available.