The 2023 BMW 1 Series is a series of semi-compact executive cars produced by BMW since 2004. The 2023 BMW 1 Series is more practical and has more technology than before, but the fact that it is no longer rear-wheel drive may upset those who love this road and drive the old car. It was positioned as the entry-level model in BMW’s product range, the first generation was produced in hatchback, coupe, and convertible body types.

The 2023 BMW 1 Series coupe and BMW 1 Series convertible models were marketed separately from the BMW 2 Series, so the 1 Series range no longer includes these body styles. A four-door sedan model was launched for the Chinese market in 2017, using the front-wheel-drive platform, which is also used as the basis for the third-generation 1 Series hatchback. 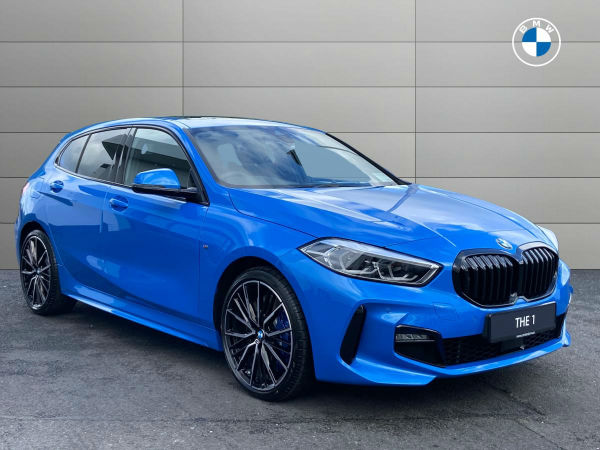 The interior is as smart as you’d expect from any BMW, with high-quality materials where it matters. The seats are very comfortable and well-placed for a comfortable riding position, and there is also a lot of technology available. You get an 8.8-inch iDrive infotainment touchscreen as standard with Apple CarPlay, plus some models have a digital instrument cluster and a 10.25-inch central touchscreen. Equipment levels include the most affordable SE, Sport, and M Sport with 16-inch alloy wheels, an 8.8-inch display, Apple CarPlay, cruise control, LED headlights, and versatile parking sensors. Sport adds 17-inch wheels, contrast stitching, sports seats, and a new body styling kit. The M Sport will be as popular as ever, with 18-inch wheels, Dakota leather upholstery, heated front seats, sport suspension, and a new look inside and out.

The entry-level diesel, petrol 118i is also a 1.5-liter three-cylinder engine familiar to owners of MINI Cooper models; It has 133bhp and enough power to accelerate the 1 Series from rest to 100 km/h in 8.9 seconds. The entry-level 116d features a three-cylinder 1.5-liter diesel engine with 114 hp. It may be economical, but it can also accelerate from 0-100 km/h in a reasonable 10.1 seconds. The 2.0-liter 118d with 148 hp is a popular choice for those who go further, with a new turbocharger design that delivers sufficient torque from the low rev range at just 1,700 rpm. The 1 Series has also lost a few pounds and with 0-100 km/h acceleration in just 8.4 seconds and a top speed of 134 km/h, all this contributes to strong performance. Based on the same engine, the 120d is tuned to make 187bhp and gets all-wheel drive and automatic transmission as standard, reducing the acceleration line to a full seven seconds.

The BMW Series 1 was awarded a maximum five-star safety rating by Euro NCAP. BMW 1 Series performed well in the adult and child occupant protection categories, as well as in pedestrian safety and active safety features. For comparison, the very highly rated Mazda3 was rated best for vulnerable road users compared to excellent for adult protection, best for 1 Series, and good for 1 Series. There are some new features, including a head-up display that lets you take more of your eyes off the road. Automatic emergency braking is standard, along with pedestrian and vehicle detection and lane departure warnings. The 2023 BMW 1 Series optional systems include rear-collision and cross-traffic alerts and lane-keeping assist.