Inside, the 2016 ILX interior styling improvements are largely over last year’s. That said, the materials still aren’t quite as good as those found in top-of-the-line sedans like the Accord, but everything seems to be wrapped together very well. In contrast, the Audi A3 feels more classy and luxurious than the ILX. Still, you get a lot of features. Premium and Tech Plus models use a new, larger touchscreen in the center stack. However, even with the optional larger screen, the ILX’s setup isn’t our favorite. It splits the audio and navigation functions into two screens, and the control knob in the center of the dash is less intuitive than the armrest-mounted controllers on the ILX’s German rivals. 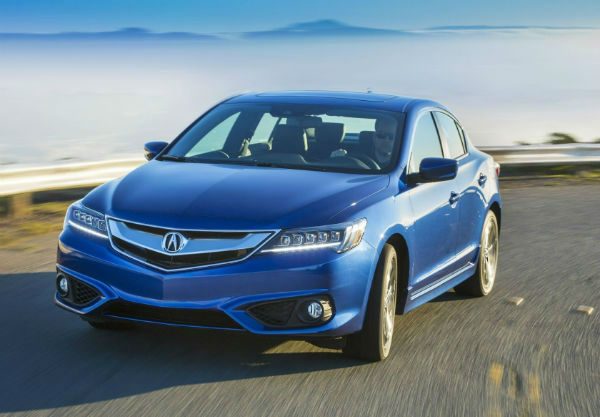 Special care has been taken in designing the seats, which are supportive but not overly stiff or restrictive. The ILX also has plenty of backseat room for a compact car. Still, the car can comfortably reach 6 feet thanks to its standard sunroof. Trunk space, at 12.3 cubic feet, is average, and the opening is a little tight. The rear seat folds down to carry longer items, the rear seat does not split to allow long cargo and one or two passengers to mix.

Powering the base 2016 ILX is a 2.4-liter four-cylinder engine with 201 horsepower and 180 pound-feet of torque. An eight-speed automatic is the only transmission available. EPA-estimated fuel economy is 29 mpg combined (25 city/36 highway). In performance tests, the 2016 ILX sprinted from zero to 60 mph in a respectable 6.9 seconds.