The 2018 Opel Corsa is a compact class manufactured by General Motors in Europe and South America. This model is sold in the world under different names, such as Vauxhall Corsa, Chevrolet Corsa, Sail of Barina, Holden Barina (Australia), Buick Sail and Opel Vita in Japan and China. The model is not sold in the US or Canada. More than nine million Corsas were built by Opel Zaragoza in Figueruelas, Spain. The model is also made in other countries like Germany, Argentina, and Brazil.

Opel presented the new 2018 Corsa that was first seen at the Paris Motor Show. The Corsa E chassis largely corresponds to that of the Corsa D, but Opel has changed a lot in the new Corsa. For example, Opel has mounted a new front suspension and the steering gear has been changed. The interior also has a refresher and shows great similarities with the Opel Adam. 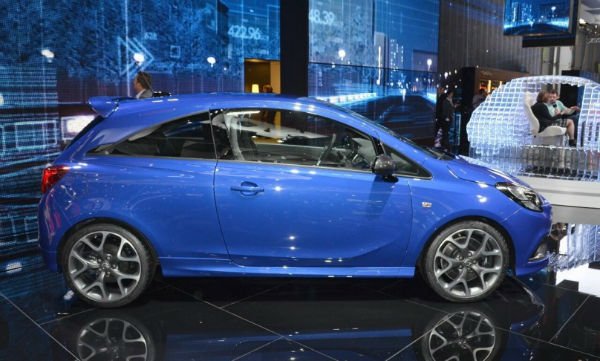 The Corsa E can optionally be delivered with the IntelliLink multimedia system, which supports connecting an iPhone or Android mobile phone through Bluetooth. Starting January 2016, the R4.0 IntelliLink system can be delivered, which can also be delivered to the Astra K and supports Apple CarPlay and Android Auto. Newly designed for the Corsa are various safety systems such as blind angle detection, roadway assistance, and traffic sign recognition. It is also possible to park the Corsa in its own way and its bi-xenon headlights with led-day driving lights are available.

Opel provides the new generation of 1.0L 3-cylinder Turbo Ecotec, which is powered by 66 kW (90pk) or 85 kW (115 hp) and supplies a 170 Nm torque in both cases. Also, a 1.4L, 66kW or 90pk engine is delivered, which is available in an ecoFLEX bi-fuel version, just like its predecessor’s Corsa D. At the factory, Opel delivers the renowned Omega GX LPG injection system from Landi Renzo. The LPG ring tank is built in the spare wheel location and the LPG tank filling is located next to the fuel filling opening and cleared behind the tank valve. The Corsa carries only 119 grams of CO 2 on car gas, and is, therefore, more than 80 percent more environmentally friendly than a car on gasoline. As a diesel, there are a 95pk strong 1.3 CDTI available with manual 5-bin or Easytronic 3.0 (semi-automatic).

With the introduction of the facelift model in November 2011, Opel also launched an ecoFLEX bi-fuel implementation for the entire European market. This model, which was only available in a 3-door version, had a 1.2 XER LPG 16v engine that delivers 61 kW (83 HP) and 85 petrol gasoline. Landi Renzo’s Omegas G3 car gas plant is built in-factory and the LPG ring tank is mounted on the spare wheel. The LPG filling opening is neatly placed next to the petrol tank filling and cleared behind the petrol valve. On LPG, the car only expels 110g CO 2 / km and furthermore the combustion due to the higher fuel resistance is optimal. Due to the high density of LPG gas stations in the Netherlands and Belgium, there is always a pump in the vicinity and because LPG in the Netherlands and Belgium is cheaper on average over one euro per liter, driving on LPG is a very interesting and environmentally friendly alternative.

In February 2015, the OPC version of the Corsa E was shown. The OPC is recognizable at the front airbag on the bonnet, the sportier front and rear bumper, a roof spoiler, and a double exhaust. Recaro sports seats are fitted in the interior. The 2018 OPC has a 1.6-liter turbine engine with 207 hp and 245 N.m. A sprint of 0 to 100 runs in 6.8 seconds and the top speed is 230 km/h.

The 2018 OPC chassis are lowered 10 mm compared to the normal Corsa and use Frequency Selective Damping (FSD), which causes the damping force to be adjusted to the damping frequency. Opel tries to achieve a balance between sportiness and comfort. Optionally, the OPC can be equipped with the Performance Package. This gives the Corsa a mechanical lock differential, 18-inch alloy wheels and 2018 Opel Corsa Brembo brake discs on the front wheels.