The 2023 Dodge Durango is a mid-size sports utility vehicle (SUV) manufactured by Dodge. The 2023 Dodge Durango is available in five trim levels: SXT, GT, R/T, Citadel, and SRT 392. The Durango is available with either a V6 or two V8 engines, all paired with an eight-speed automatic transmission. All-wheel drive is available and comes standard on the Durango SRT 392, though the rear-wheel drive is standard on most equipment. The cabin of the 2023 Durango SRT Hellcat has room for six passengers and 710 horses under its hood, making it one. One of the fastest ways in the world to get kids to school. Chrysler/Dodge/ Ram 5.7L and 6.4L HEMI engine power similar cars and trucks. All in all, both the 6.4 and 5.7 HEMI engines have a lot to offer for most owners, check the full comparison of 5.7 Hemi vs 6.4 Hemi.

The Dodge Durango cabin is spacious and beautifully equipped, with the top trims outfitted with near-luxurious features and amenities. 8700 pounds of towing capacity allows the Durango SRT Hellcat to do double duty as a large toy carrier, adding an unexpected layer of practicality given its performance potential. The cabinet is simple and user-friendly, and the interface for controls is easy to understand and find. 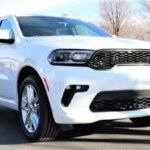 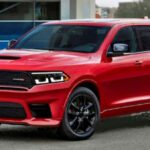 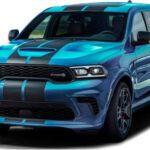 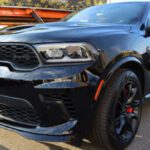 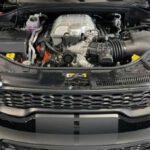 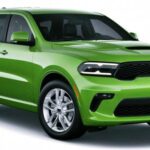 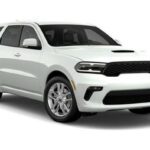 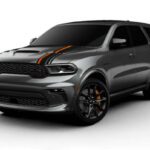 All sitting positions, even the third row, are quite simple. Drivers of almost any size should be able to find a comfortable seating position thanks to the numerous seat and steering wheel adjustments. The Uconnect 4C interface on the 8.4-inch display is user-friendly, although it looks a bit dated, and it syncs well with Apple CarPlay and Android Auto smartphone integration systems. There is plenty of USB and 12-volt charging options for passengers in all positions. Driver aids such as adaptive cruise and lane keeping assist are useful but are part of an optional Technology Group package. The upgraded Harman Kardon sound system sounds great and is worth buying.

Inside, the 2023 Dodge Durango Hellcat has a driver-centered layout similar to the dashboard on the 2023 Dodge Charger and 2023 Dodge Challenger. The instrument cluster of the super SUV has special red accents, and the flat-bottom steering wheel is home to a red backlit 2023 Dodge SRT logo alongside a pair of paddle shifters. The 2023 Dodge Hellcat models also come standard with heated and ventilated seats and Nappa leather upholstery with micro suede inserts on the front cushions. The cabin can also be upgraded with Laguna leather, which comes in a black and Demonic Red color scheme and embossed Hellcat logos. The center console features a pair of cup holders, a prominent T-arm changer, a large storage box, and space for a wireless charging pad. Durango provides comfortable accommodations and a foldable third row. Models we’ve tested in the past held four bags behind the back-most row and an impressive amount of carry-on luggage with the ability to carry up to 26 when the second and third rows are stowed. 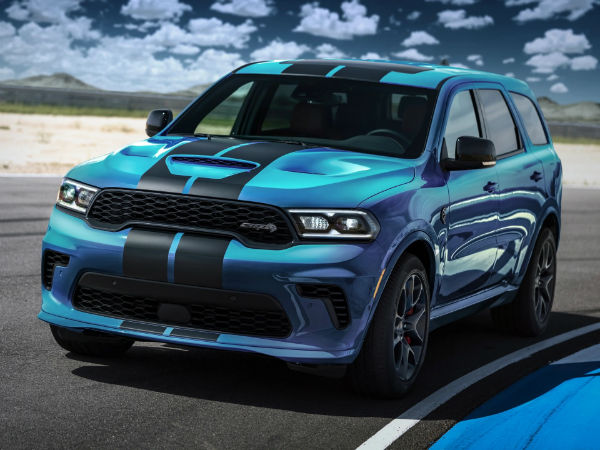 The infotainment system runs through a large 10.1-inch touchscreen display that supports the company’s latest Uconnect 5 software. The interface is primarily driven by touch inputs, but there’s also a rotary volume and adjustment knob built into the climate control panel below. The addition of Amazon Alexa functionality allows for expanded voice commands, and the system also allows two Bluetooth devices to be connected simultaneously. The Durango can also be equipped with a rear entertainment system with a pair of 9.0-inch screens mounted behind the front seats.

Dodge Durango is powered by a 6.2-liter V-8 that packs 710 horsepower and 645 pound-feet of torque. This world-shaking power is directed to all four wheels via an eight-speed automatic transmission. The Hellcat engine exhales through an advanced exhaust system that amplifies the thunder. The Hellcat Durango rides on a specially tuned suspension with adaptive shock absorbers and 20-inch x 10-inch wheels with standard Pirelli all-season tires or optional Pirelli P Zero all-season tires. Equipped with the latter, our sample showed surprisingly taut body control and 0.87g cornering grip. The top Durango also uses a powerful Brembo braking system that compresses its 15.75-inch front rotors with six-piston calipers and its 13.8-inch rear discs with four-piston fasteners. These stoppers pulled 5334 pounds down from 70 mph in just 165 feet. The EPA estimates the Durango SRT Hellcat will gain around 12 mpg in the city and 17 mpg on the highway, which isn’t very impressive.

The Dodge Durango is available with a handful of standard and optional driver assistance technologies. The National Highway Traffic Safety Administration gave the Dodge Durango an overall safety rating of four out of five. The Durango got five stars in the side accident test and four stars in the front-facing crash test. Back tire drive models got four stars in the rollover test, while all-wheel drive models got just three stars in this classification. The Insurance Institute for Highway Safety did not fully evaluate the 2022 Durango, but IIHS gave this Dodge the highest Good rating in three crash tests and the second lowest Marginal rating in the driver’s side small overlap pretest. Standard 2023 Dodge Durango safety features are adaptive cruise control, blind spot, parking sensors, traffic alert, emergency braking, high beams, rearview camera, collision alert, departure alert, and lane keeping assist.