The Tesla Model 3 is an electric four-door luxury sedan manufactured and marketed by Tesla, Inc. The 2018 Tesla Model 3 is an all-new model. The “affordable” Tesla sedan, as it’s often called, has a starting price of $35,000 before incentives. The 2018 Tesla Model 3 base model has an estimated range of 220 miles and will go from 0 to 60 mph in 5.6 seconds, according to Tesla. An optional battery pack is available for $9,000 that increases range to 310 miles and drops the 0-60-mph time to 5.1 seconds. In terms of size, the Tesla measures 184.8 inches long, 56.8 inches high and 72.8 inches wide. That makes the Model 3 similar to an Audi A4 or BMW 3 Series. There are 15 cubic feet of trunk space, again similar to what other entry-level luxury cars offer.

Inside, 2018 Tesla Model 3, the interior is dominated by the standard 15-inch touchscreen display mounted in the center of the dash. There is no traditional instrument cluster, so all functions are controlled and monitored through the center screen. Dual-zone climate control, Wi-Fi, and navigation all come standard along with all the hardware necessary for semi-autonomous driving capabilities. A separate Autopilot options package ($5,000) is required to unlock most of those features, including adaptive cruise control, lane keeping assist and remote parking. Tesla says that another package can be added on top of that for $3,000 to bring full autonomous capabilities, although the actual implementation of it has yet to be finalized.

In September 2015, Tesla announced that the Tesla Model 3 2018 will be unveiled in March 2016. In January 2016 Musk said that the first official pictures of the car will be announced at the end of March 2016. The delivery will only start in 2017 on the American West Coast and then move eastwards. Potential customers could only buy their place at Tesla stores on March 31 or online with a refundable deposit. 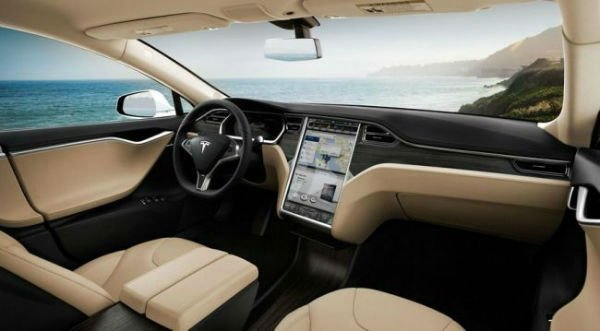 In February 2016, Tesla indicated that the disclosure will be on March 31, 2016. Tesla and SpaceX employees received early access to Model 3 discussion and reported about 10,000 without discounts, which received the first group of cars. Current owners of Tesla vehicles will receive priority sales for employees, but for the general public, as a reward to assist in the development of Model 3. Early production is usually more defective: both Model S and Model X have several had problems at the start of their production but have since improved.

On the morning of March 31, 2016, ten thousand people waited to place the repayable deposit to maintain a Model 3 for 2017 delivery, even though they have not yet seen the car. Online reservations were opened at 10:23 ET, and Model 3 was unveiled before midnight ET. During Model 3 disclosure, more than 115 000 people had rescheduled Model 3 in less than 24 hours before the reveal event, selling more cars than Tesla at that time. 24 hours after the opening of discussions, Tesla had advanced orders for more than 180 000 units. Two days later, Tesla said 232 000 discussions representing the potential sales of more than US $ 11.5 billion

2018 Tesla Model 3 base price get all get cloth interiors, but there is an optional Premium Upgrade package ($5,000) that adds upgraded 12-way adjustable seats with heating, a premium audio system, panoramic sunroof, LED foglights, and a center console with two phone docks. Also, note that all colors other than black cost an additional $1,000. There’s also a 19-inch wheel and 2018 Tesla Model 3 tire package for an extra $1,500.