Experience the raw adrenaline of the 2016 McLaren 675LT, the lightest, most driver-focused, most exclusive series production McLaren supercar ever built. The 1997 McLaren F1 GTR ‘Longtail’ was the natural end of the Le Mans-winning F1 GTR. Nearly two decades on, the limited-edition 675LT following the ethics of its compromise to create a driving experience unique visceral intensity. More power, less weight, more precision, nothing escaped his attention to our quest for perfection both on the road and track.

The MonoCell carbon fiber provides 2016 McLaren 675LT with unrivaled combination play, safety and durability, in common with all models McLaren Super Series. But obsessive weight-saving strategy that unlocks a further 100kg reduction compared to the 650S. From lightweight carbon fiber racing seats windscreen a 1mm thinner, there is no chance of the weight has been overlooked. Ultra lightweight forged alloy wheels and Pirelli P-ZERO ™ Trofeo R tires, carbon ceramic brakes and an uprated suspension system that embraces technology from McLaren P1 ™ contribute to a great description.

Dramatic new design exterior and interior of the boy during the operation of the wonderful way the McLaren 675LT. Not only does the design of the outside of the 2016 McLaren 675LT create maximum visual impact, but also helps unleash the performance of its different. The race-inspired front splitter is now larger by 80 percent, and a separate rear ‘Longtail’ Airbrake’s aspect ratio increased by about 50; both anxious to help increase downforce by an amazing 40 percent compared with 650S-efficient already. Unprecedented use of carbon fiber for a car in this class – including both new bumpers, and rear fenders and rear deck – a substantial impact on the 100kg weight saving the world; a dry weight of 1230kg makes 675LT lighter than all competitors class, and offers a power-to-weight ratio astonishing 549PS per tonne.

Inside, the design weight-optimized performance-focused continues. Carpet was removed revealing the carbon fiber MonoCell at the heart of the 675LT. Comfortable but meaningful racing seats save 15kg, and the rocker major shift gear controls inspired by the McLaren P1 ™ confirm the credentials to work with McLaren 675LT.

The 2016 McLaren 675LT is no exception. Inspired by the 1997 McLaren F1 Gtr ‘Longtail’, it deploys More-developed technology to create the most extreme driving experience of any McLaren series-production supercar. The 675LT has more beauty within the in-house wind tunnel McLaren Technology Centre, an astonishingly powerful engine race-proven producing 675PS (666bhp) and 700Nm (516lb ft), and the suspension has been engineered for even sharper responses.

The process may be included in the hard data, but the result is more engagement, more raw emotions and mind-blowing performance. The McLaren 675LT make driving an enjoyable completely new dimension. Twin-turbocharged V8 engine has been the most powerful in its class. Now our engineers have unleashed an additional 25PS (25bhp) and 22Nm (16lb ft) for a thrilling 675PS (666bhp) and 700Nm (516lb ft), and a class-leading 549PS (541bhp) per tonne. 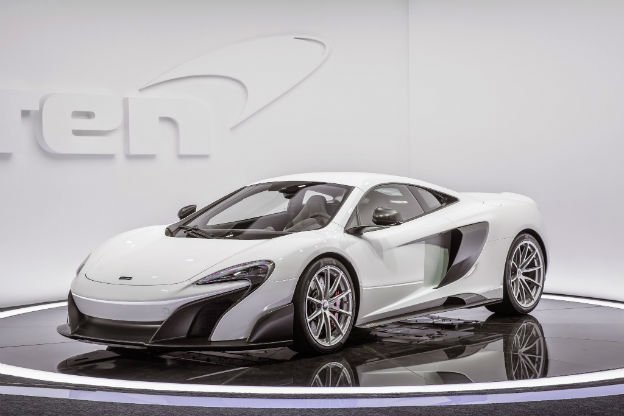 Precision describes the unusual 675LT as much as extraordinary performance. Protocol connecting rods, camshafts bespoke and new electronic recirculation valve, all add engine response, and the 300 stiffer engine mounts to optimize the connection between driver and road surface. New machined-from-solid turbocharger compressor wheels to maximize the Walking combustion chambers, and the fuel pump increases the beauty of fuel flow. The result is breathtaking performance combined for 2016 McLaren 675LT. 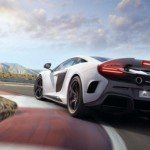 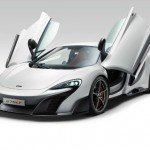 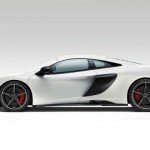 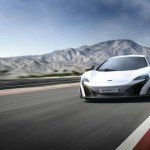 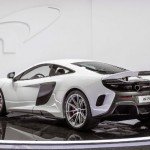 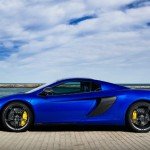 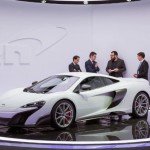 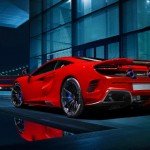 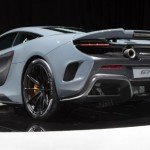