The 2017 Kia Sedona is premium amenity with the power to transform. Contentious and refined, this is your getaway car and living room on the road. The new 2017 Sedona is comfort for everyone, equipped with high-tech gadgets such as the Smart Power Liftgate and available second-row first-class Lounge Seating. From the spacious driver’s cabin to the versatile Slide-N-Stow® seats, the Sedona is intuitive control and flexibility. The 2017 Kia Sedona minivan is offered in five trim levels: L, LX, EX, SX and SX-L (Limited). 7-passenger seating is standard for the L. 8-passenger seating is standard for the LX and EX. The SX and SX-L revert back to a seven-passenger configuration but can be optioned for eight. $25,400

Offered only on the 2017 Sedona SX and 2017 Sedona SXL is the Technology package, which adds xenon headlights with automatic high beam control, a surround-view parking camera system, a lane departure warning system, adaptive cruise control, a forward collision warning system and an additional 115-volt power outlet in the cargo area. The Technology package must be ordered to add eight-person seating to the 2017 Kia Sedona SX and SXL models. Notable stand-alone options on all trims include a tow hitch and a rear seat entertainment system with a single flip-up screen mounted on the back of the center console.

The 2017 Sedona has possibly the most memorable first row of any minivan, with classy-looking gauges and buttons on the dashboard and a full center console between the front seats. The console-mounted shift lever is easier to use than the dash-mounted shifters in other full-size minivans. That’s the crossover feel that Kia was going for, and it certainly sets the Sedona apart. On the downside, though, you lose out on extra potential storage possibilities that you would get with a minivan with an open console area.

The 2017 Sedona SX-L’s lounge-style captain’s chairs offer more maximum legroom than the Sienna’s similar seats, allowing an average-size passenger to stretch out on the extendable leg rest; taller passengers, however, will find that the front seatback prevents such an indulgence. Notably, the SX-L seats lack Slide-n-Stow functionality, so this trim level is more about carrying people than stuff.

The Sedona 2017 model provides 33.9 cubic feet of cargo space behind the third-row seat and a healthy 78.4 cubes with the rear seats folded into the floor. Beware that the strap-actuated folding process requires a bit of muscle. It’s a little easier to flip the Slide-n-Stow second-row seats into their collapsed forward position, opening up 142 cubic feet of space in every trim except the SX-L. The Sienna and Odyssey provide 150 and 148 cubes, respectively, but only if you remove the heavy second-row seats. Kia figured most minivan owners would trade 6-8 cubic feet for the added convenience.

2017 Kia Sedona equipped with 3.3-liter V6 engine rated at 276 horsepower and 248 pound-feet of torque powers the 2016 Sedona. The transmission is a six-speed automatic and all Sedonas employ front-wheel drive. With the optional hitch installed, the Sedona can tow up to 3,500 pounds. In Edmunds testing of a Sedona SX-L, we recorded a 0-60 mph time of 7.9 seconds. Essentially, the Sedona’s acceleration is average for its class. 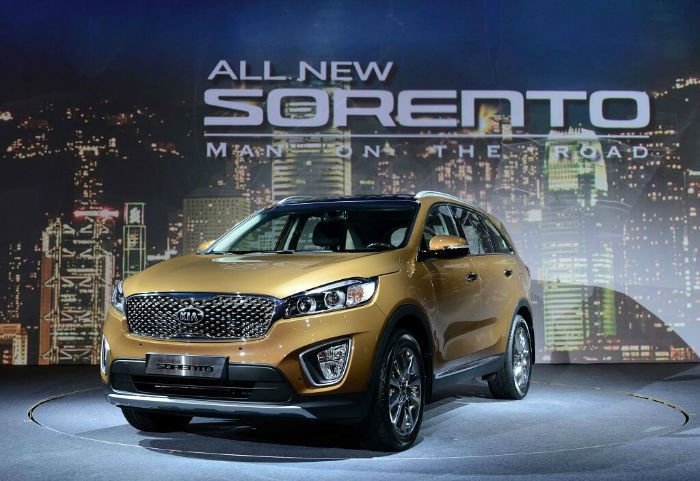 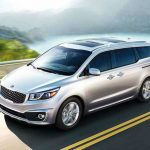 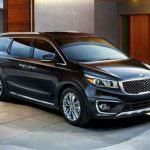 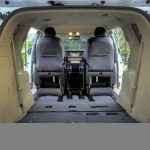 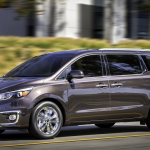 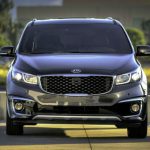 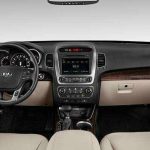 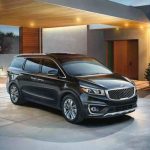 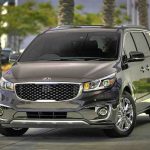 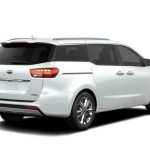