The 2018 Buick Avenir is a concept car produced by the Buick. L’Avenir was presented at North American International Auto Show as a prototype concept study on the future of the Buick brand. Buick Avenir was designed by GM’s Australian design function, with its exterior design driven by Warrack Leach.

The name of the vehicle “Avenir” means “future” in French. The 2018 Buick Avenir comes with a new generation V6 engine direct injection, cylinder deactivation with stop-start technology, a 12-inch infotainment system touch-LCD, four occupants of the seats in luxury seating, complete with LED lighting, 4G connectivity, setting the selectable suspension, automatic transmission 9 speed and system that General Motors has referred to as a “dual-wheel drive clutch.”

Buick Avenir 2018 model is reportedly built on the Omega platform that is shared with the flagship sedan Cadillac CT6. Even if the vehicle is a concept, it is widely speculated that Buick will launch a production version as GM stated that Buick will receive an Omega sedan platform derivatives and market conditions, particularly in the Chinese market are optimal for such a vehicle. However, GM has said they have no intention to build the 2018 Buick Avenir and never intended to build it. 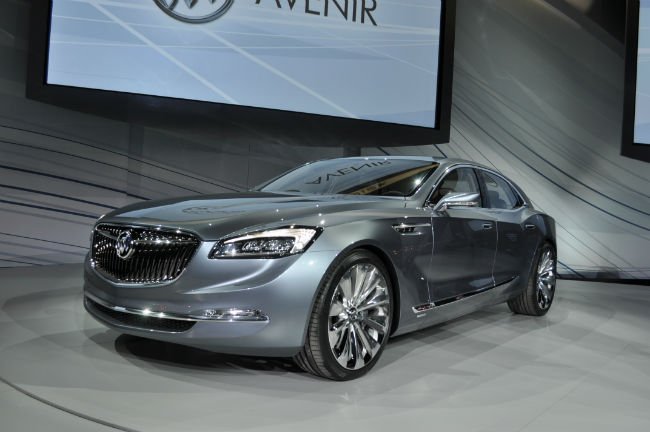