The 2018 BMW M5 is a Sport sedan version of the 5 Series executive car built by the Motorsport division of BMW. The first incarnation of the BMW M5 was hand-built in 1986 on the 535i chassis with a modified BMW M1 engine that made it the fastest production sedan at the time. Versions of the M5 have been built from subsequent generations of the 5-Series platform.

The first BMW M5, based on the 5 Series, introduced at Amsterdam Motor Show. BMW M5 was the product of demand for an automobile with the carrying capacity of a saloon (sedan), but the overall appearance of a sports car. BMW M5 utilized the 535xi chassis and an evolution of the bodykit from the M535i. At its launch, the E28 M5 was the fastest production sedan in the world.

The 2018 BMW M5, overall result is a car that can function equally well as a docile commuter or a vicious, corner-attacking machine. There are several other vehicles pull off a same double-duty trick, while the BMW M5 is the car that arguably inspired them all. Its engine may be a departure from past models, and its size may make it seem a bit unwieldy at times, but there’s no denying that the latest 2018 BMW M5 maintains its high-performance street cred.

BMW M5 2018 model equipped with a twin-turbo 4.4-liter V8 good for 560 horsepower and 502 pound-feet of torque. The optional Competition package bumps the power up to 575. 2018 M5 Rear-wheel drive and a seven-speed dual-clutch automated manual are standard, while a six-speed conventional manual is available as a no-cost option. Unlike the rev-happy naturally aspirated engines that came before it, this turbocharged mill provides a mountain of low-end torque that seemingly never lets up. 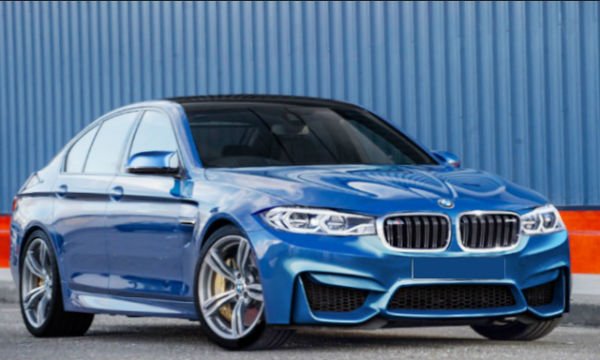 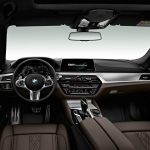 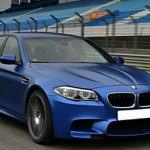 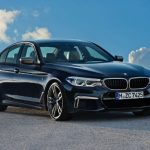 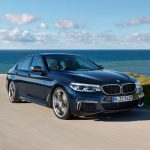 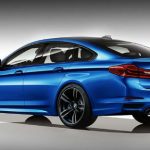