Home » Blog» What Are the Risks of Driving While Stoned?

What Are the Risks of Driving While Stoned?

You may have heard the saying, “Don’t drink and drive; smoke and fly.” No, that’s not permission to attempt piloting a plane after puffing a joint. It’s the consensus of many who believe weed is better than alcohol. When driving while high, the charges and risks are gray areas. The quote above suggests it’s better to take cannabis and let your mind fly away. It’s a fun sentiment, but is driving dangerous when you’re stoned? 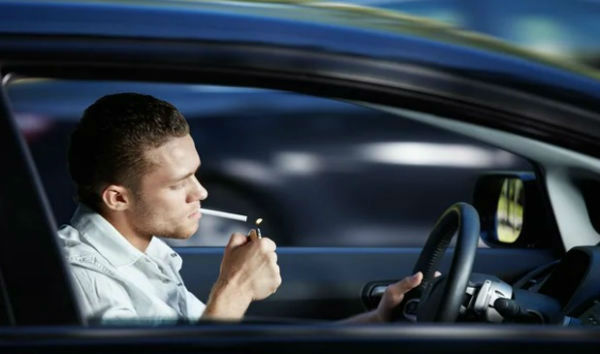 Strict laws exist regarding the activity, so it’s wise to know what they are before inadvertently landing in hot water. Keep reading to discover these rules and how marijuana affects your driving ability. Ready to shift your thinking to the next gear? Load up on the buds from your crop of Diesel seeds, rev those engines, and accelerate into safe consumption.

What Are the Risks of Driving While Stoned?

Weed works differently for everyone, and each strain produces unique effects. When you get stoned, it may give you a boost of energy and motivation. It might calm you down, allowing you to switch off and unwind without the obligation to do anything. You may wonder what happens if you drive high and if you can get into trouble. Most people know drunk driving is a serious offense, with an estimated 273,000 annual fatalities.

In Europe alone, driving under the influence (DUI) cases contribute to about 25% of road deaths. What about marijuana? Some effects of the herb could negatively impact your driving, such as:

These effects may present differently between individuals. Many people claim they can drive safely after smoking weed, while others need to wait a few hours. In addition, the primary psychoactive compound, tetrahydrocannabinol (THC), may uniquely affect different ages. Many states where weed is legal only allow individuals over 21 to purchase and consume it. Underage personal use is prohibited, as the brain is still developing. Some professionals advise against using it before age 25.

Understanding how driving while high personally affects you is vital. No matter your age, operating a vehicle when stoned isn’t advisable under any circumstances. If you’re a student, the last thing you want is to crash your new college car or get a DUI charge. The effects of weed are easy to understand, but what about the laws? It’s a gray area, but it’s always better to be safe than sorry.

What Are the Laws Regarding Smoking Weed & Driving?

If an arresting officer pulls someone over for suspicion of drunk driving, it’s simple to test whether they’re under the influence. They whip out a breathalyzer, ask the person to blow into it, and analyze their blood-alcohol level. If it’s over 0.08%, they’re likely to face arrest. It isn’t as easy to test if someone is high while driving. Compared to alcohol, THC remains in your body for longer. Cannabis shows up in tests up to a month after consumption, while ethanol is only detectable up to 24 hours later.

THC also requires a urine or blood sample to test, which isn’t as convenient as a breathalyzer. That doesn’t mean you’re off the hook, though. Driving under the influence is illegal in every state, so some police officers may take you in for holding if they’re suspicious. A randomized clinical trial from 2022 tested cannabis-influenced driving performance and the users’ perceptions of safety. The results suggested it takes around four and a half hours after marijuana consumption to operate a car again safely.

Does this mean you’re allowed to drive high? No, quite the opposite. If you’ve just lit up a joint and taken a few puffs, you may still be stoned a few hours later. Some users might not be able to focus while behind the wheel, weaving the car unknowingly and putting others at risk. The law may differ between countries and states, but typically there are two types of marijuana DUI charges:

An impairment DUI is more common than per se charges, and each state’s laws may define it differently. Most prosecutors require substantial evidence of impaired vehicle handling and what effect cannabis consumption had on the person’s driving ability. They also consider factors that the arresting officer observes in the driver. Possible grounds for conviction include a failed field sobriety test, suspicious behavior, dangerous driving, and slurred speech.

Even if you’ve “mastered” getting rid of the weed smell in your car, police officers may know how to recognize stoned drivers. Some potential consequences of a marijuana DUI (ranging between states and countries) include the following:

It’s never worth driving when you’re stoned. Marijuana is a mind-altering substance that could be dangerous to yourself or others on the road. Pay attention to your local laws and err on the side of caution to avoid potential legal charges.